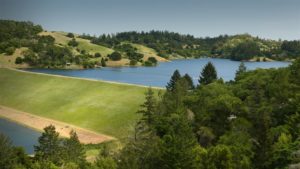 The district doggedly presses forward with a proposed series of rate increases and a novel infrastructure investment fee that hasn’t been justified, is unfairly distributed among ratepayers and financially incentivizes behavior that increases wildfire risk.

It also hasn’t warned ratepayers of further steep increases in what they will pay.

MMWD’s plan includes water bill rate hikes and adds a sizable capital maintenance fee based entirely on meter size (as opposed to usage). Both increase up to 4% annually for four years. The capital fee starts at $163 for those with 5/8-inch residential meters; $409 for those with 1-inch meters; and $817 for those with 1.5-inch meters. Many low water users’ total MMWD payments double within five years.

The unprecedented $16.5 million infrastructure fee falls disproportionately on homeowners. Homeowners consume 68% of MMWD’s water but will pay about 80% of the capital maintenance fee.