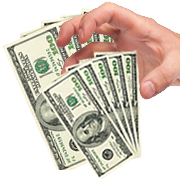 MMWD’s upcoming PR visits to City Councils are a chance for you and your council to object to the Reverse Robin Hood funding scheme: its proposed capital maintenance fee (CMF). Speak up during public comment at your council meeting. Email your Council members and urge them to represent your concerns.

MMWD should PAUSE THE PROCESS and develop a fairer scheme that has wide community support. That’s what the Marin IJ Editorial board advocates.

Marin Municipal Water district proposes to collect a sizable new fee for infrastructure projects. It starts at $16.5 million annually and will grow very substantially. While the project list may or may not be worthy, the funding scheme is not.

The smallest customers (homeowners) will pay disproportionately. This is because the fee (1)is based on meter size rather than water usage and (2)exempts private fire lines, which are very large diameter meters serving the biggest customers (e.g., malls, office buildings, and apartment complexes). Renters who are directly billed by MMWD (typically those who rent an entire house) are also exempt.

The CMF will go on property tax bills of homeowners and businesses; tax exempt entities will be directly invoiced.

Most homeowners’ CMF will start at $163 (5/8th inch meter) or $409 (1″ meter); some homeowners will pay $817 (1.5″ meter). This is the tip of the iceberg. The fee initially will escalate up to 4% per year. PLUS, MMWD has openly discussed the “need” to bump it up much more substantially, doubling or trebling it to accommodate their big plans. They can boil the frog quickly. You don’t get a direct vote.

MMWD’s visit to your city council is an important chance to be heard, and for your Council to weigh in. Ask your City Council to support you by telling MMWD to:

– Declare a time out to reconsider options for a more equitable and affordable fee to fund infrastructure projects.

– Don’t put a CMF on property tax bills. Nothing good results. Many ratepayers won’t notice how much their total payments to MMWD went up. But many WILL see that their taxes have gotten bigger yet again. The risk: MMWD crowds out other vital services like schools and parks, as overburdened taxpayers reject future tax measures.

– Collect any CMF via water bills and make it fair. Spread infrastructure costs equitably across ratepayers by tying any CMF to water usage. That can be structured to provide a predictable flow of capital to MMWD, per CO$T Director Paul Premo’s Better Plan.

– Don’t move abruptly away from debt financing to “Pay as You Go.” That results in unnecessarily high costs to current ratepayers. With rates now at historically low levels, MMWD should issue debt every few years to fund capital projects. That would lower the financial burden on today’s ratepayers and more fairly spread the cost of long-lived infrastructure over generations of Marin water users.

– Commit not to jump up the CMF during the initial 10 years. The announced 4% per year “inflation” increases are more than enough. That compounds to 48% over the decade. A doubling or trebling of the CMF — which MMWD is building the case to ultimately do — would be a very onerous for homeowners, who don’t get to vote on the fee.

Return your rate protest form! You will receive soon an official rate hearing notice from MMWD. It is a legally required notification of the proposed CMF PLUS a series of back to back 4% annual hikes in your regular water bill rates. To stop these fee hikes, a majority of ratepayers must return the rate protest form that’s in that mailer. While 50%+ is an insurmountably high bar, a large number of protest forms should alter the final outcome, if MMWD Directors care about your concerns.

In addition, there are these MMWD hosted events:

Tell MMWD: Slow Down. Come Up with a Better Plan!

MMWD Start Over with a Plan That’s Fair & Not on Property Tax Bills
Tagged on: Mimi Willard    MMWD    Paul Premo