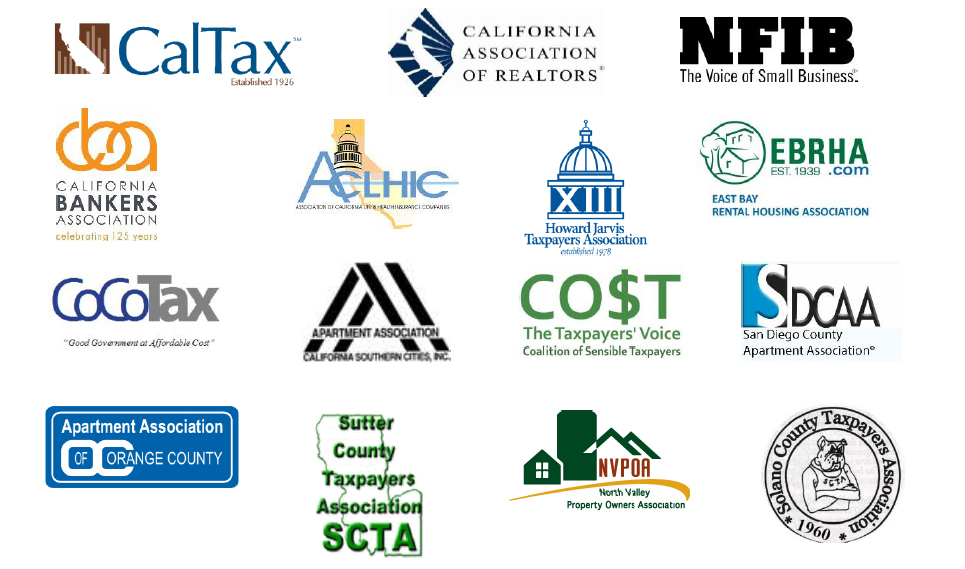 From: Robert Gutierrez, Director of State and Local Finance

The above-listed organizations are in opposition to SCA 6, which allows local governments to increase local transportation taxes (including parcel taxes and sales taxes) with a 55 percent vote of the electorate, instead of a two-thirds vote as is required under current law. While we support maintaining and improving California’s transportation infrastructure, SCA 6 fails to address California’s flawed local tax structure.

We oppose SCA 6 for the following reasons:

Erodes Proposition 13. Nearly 40 years ago, Proposition 13 was passed by the voters to limit local taxation after years of rising local taxes. The two-thirds vote requirement does not stop local governments from increasing taxes – it merely means that communities need to see a rationale and benefit for the taxes they approve. California already has the highest state-imposed sales tax rate, and among the highest per capita property taxes in the U.S., yet SCA 6 would increase the local tax burden by eroding the taxpayer safeguards of Proposition 13.

Promotes a Flawed Tax Structure. The structure of parcel taxes and local sales taxes is flawed and lacks legislative oversight, yet SCA 6 would increase the number of sales and parcel taxes that are imposed. The Legislature established a uniform sales tax law nearly 60
years ago, but recent changes to the tax code have neglected the importance of uniformity, making it more difficult for retailers to comply with varying local sales tax laws. Further, California is one of the only states in the U.S. that allows a local add-on parcel tax – and no oversight has been provided to establish a comprehensive structure.

Fails to Reform Transportation Funding. The California Transportation Commission has found that state highways and local roads need more than $165 billion in funding to preserve and maintain existing roads. These funds are needed just to fix California’s roads – and
that’s not including the price of expanding California’s capacity to move goods and people. As California considers higher gas taxes, increased license and registration fees, vehicle weight fee reforms, infrastructure bonds, and future road usage charges, local taxes – approved by a two-thirds vote – can play a part in funding local infrastructure projects, but
changing the vote requirement is not necessary. SCA 6 is a short-sighted measure to a long- term issue that California needs to address.

For the foregoing reasons, we respectfully oppose SCA 6.