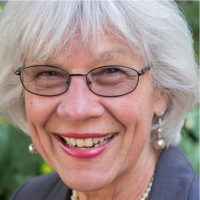 “In 2014, Levine corrected a mistake that wrongfully categorized Marin as “urban,” reflecting small communities built along winding roads at the base of Mount Tamalpais. The new bill extends suburban density until 2028.

Elected officials in other jurisdictions prioritize “urban” zoning to match their urban lifestyle. They make choices to attract businesses, grow the workforce, build high-rises and establish freeways — and they bear responsibility to house their population.

Zoning is, and should remain, a local choice, not mandated by regional or state agencies. Marin is responsible to provide a full range of housing options for the people who live and work here, not be the solution for workforce housing shortages in Silicon Valley.

Marin’s urban-style Tam Ridge apartments on the former WinCup site offers 18 affordable units in the 180-unit complex. Four units are classified as “very low rent,” at $1,187 a month. Twelve “low rent” units are $1,928 and the two “moderate rent” units will set you back $3,490.

These “affordable” rents far exceed the reach of a minimum-wage worker making $28,000 a year.”